Inspired by our founders, Andrew and Ann Colaruotolo, we follow old-world traditions when it comes to winemaking. Our philosophy is that fine wine begins in the vineyards, and that only a meticulously tended vineyard will yield high quality fruit for high quality wines. Learn more about our history.

Andrew Colaruotolo (or Mr. C as he was fondly called) carefully tended to the land and vineyard with passion, patience and tenderness. We carry on his tradition of respect and dedication to the vineyard to this day. Learn more about our vineyards.

Following old-world traditions is our approach to both making wine and doing business.

Our Wines
Visit Us
Shop Wines

Matt Cassavaugh grew up near Irondequoit and first went to school for Marketing and Media Management at SUNY Fredonia.  He began his career in restaurants - working his way up to the position of General Manager, but not quite satisfied in the industry.  So he made a list of careers where he would be challenged and passionate and excited - and winemaking was at the top.

He switched careers and started working at Casa Larga Vineyards while pursuing a degree in Viticulture & Oenology at Finger Lakes Community College.  He became Assistant Winemaker in 2009 and earned the title of Head Winemaker in November 2012.  Now he says that every day is different, and every year is different.

"I learn something new with every vintage," says Matt.  "No matter how many dry Rieslings you've made, the next one is always different.  The winemaking process has something new to teach me every time, and I find every part of the process fascinating."

And Matt is passionate about staying involved in every part of the process.  His style of winemaking is not limited to the wine cellar - he believes in working especially close with the vineyard team.  "How the grapes are grown are just as important as what you do in the cellar," he says.  That is especially true when your goal is to make a clean, balanced wine with varietal character.  He wants the wines to be expressive and to show how they were made.

Perhaps that is why this winemaker's favorite varietal is Riesling - not only is it aromatic and versatile, but it shows its terroir - where it was grown, how the grapes were grown, and what the weather was like that year.  From dry table Rieslings to dessert Riesling Ice Wines, Matt says you can taste each of these elements in the wine. 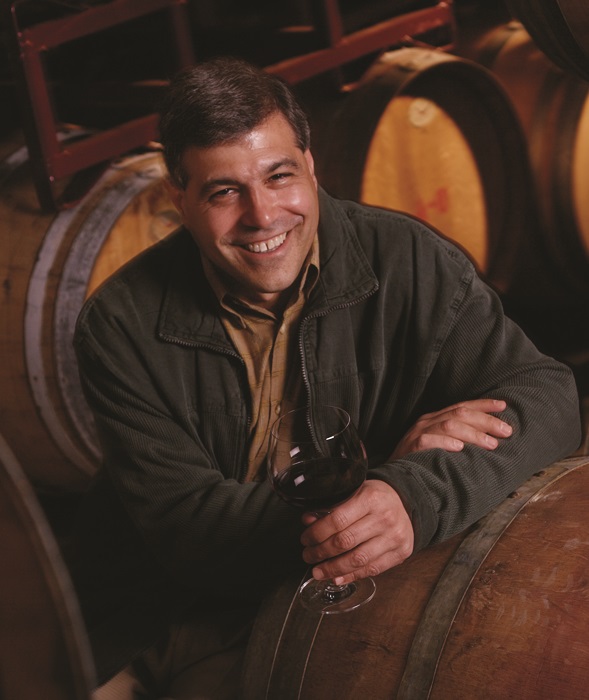 John began his career in the vineyard, working hands-on alongside his father, Mr. C., to help establish the initial vineyard. Through working with native Austrian winemaker Earnest Fisher, John learned age-old as well as scientific techniques, developing a deep-rooted understanding of the personality of the vineyards.

While attending the University of Wisconsin at Madison, John worked in the vineyards of Wollersheim Winery to gain an understanding of the effects of a cold climate as it related to the quality and maturity of the grapes. Robert Wollersheim inspired John to pursue the art of winemaking and to take it back to Rochester.

Since Mr. C's passing, John has carried on the family tradition of winemaking, having an integral involvement in creating some of Casa Larga's most unique, proprietary blends, such as Petite Noir™, Lilac Hill™, Tapestry™ and Dolce Bianco™, as well as mastering the balance in the Varietal and Premium Series wines.